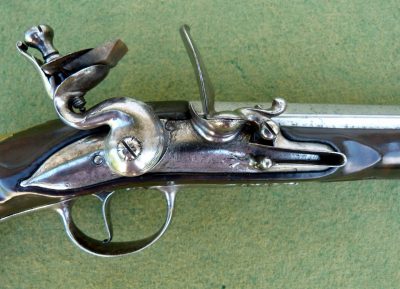 Notes: The mark on each breech may be a property mark of Prince Ferdinando Maria de’ Medici (1663-1713), son of Grand Duke Cosimo III, and is found on many Tuscan barrels of this period. Lewis (Louis) Barbar was a French Protestant, who came to London circa 1688 to avoid persecution, and was naturalised in 1700. In 1704 he was made free of the Gunmakers’ Company, and his proof piece (‘a very fine piece’) was passed. He was appointed Gentleman Armourer to King George I in 1717, and to George II in 1727. Today the largest group of firearms by Lewis Barbar is preserved in the armoury of the Duke of Buccleuch at Boughton House.