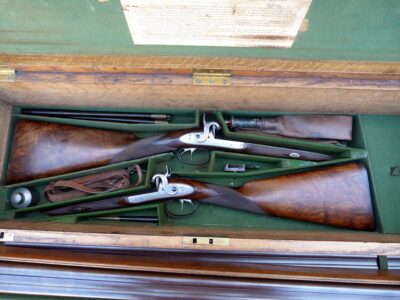 Footnotes: ‘Smith’s Patent Imperial Cap’ was patented on 7 August 1830 (British Patent No. 5978). These three guns have been expertly converted for standard caps and nipples by Tim Owen. For details see: cablefarm.co.uk/imperial-caps-and-nipples-Samuel-Smith

The original nipples are retained in the case.